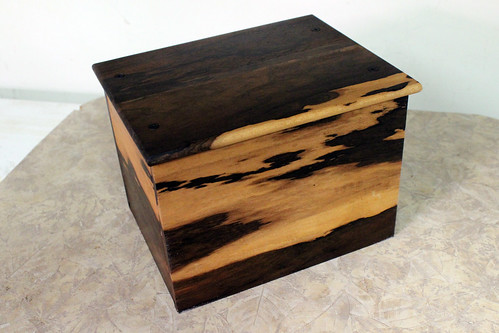 The Lion’s Head Lighthouse replica-ish decided it needed to be near water to fulfill its destiny. 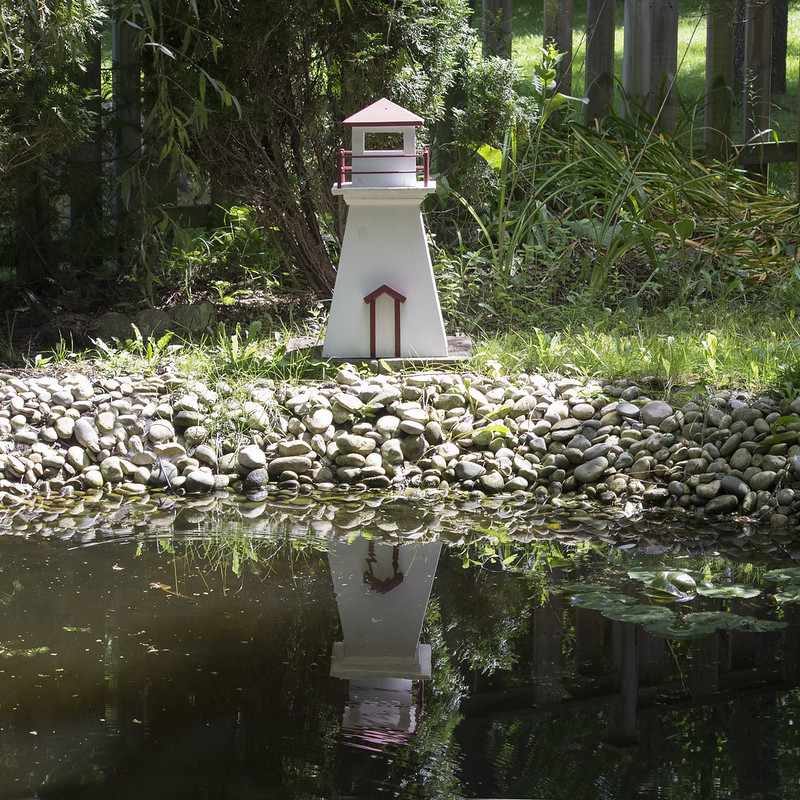 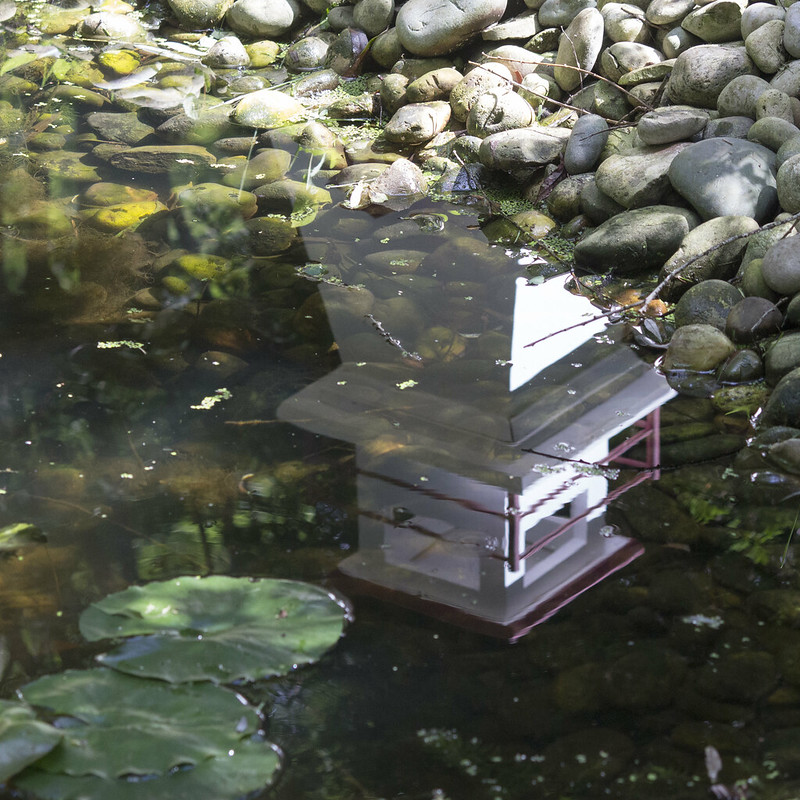 Lion’s Head Lighthouse -ish, finally done, and in its final location over the well-head. Though I will probably bring it in for the winter… 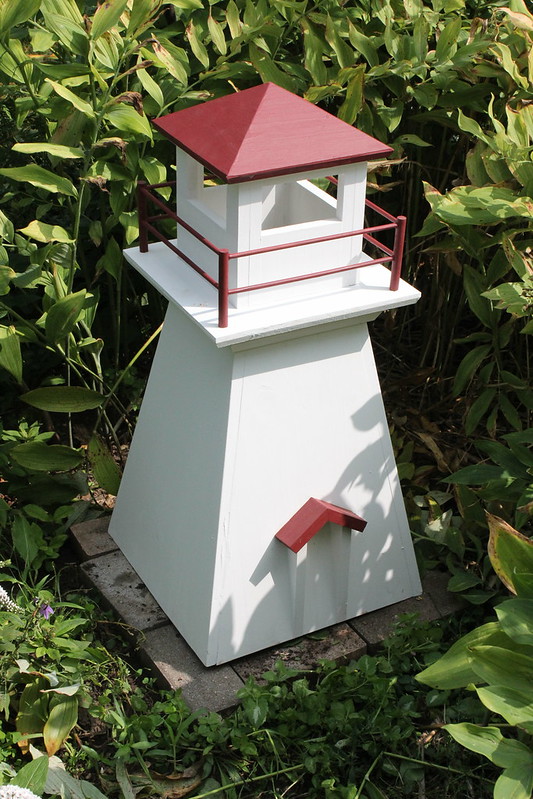 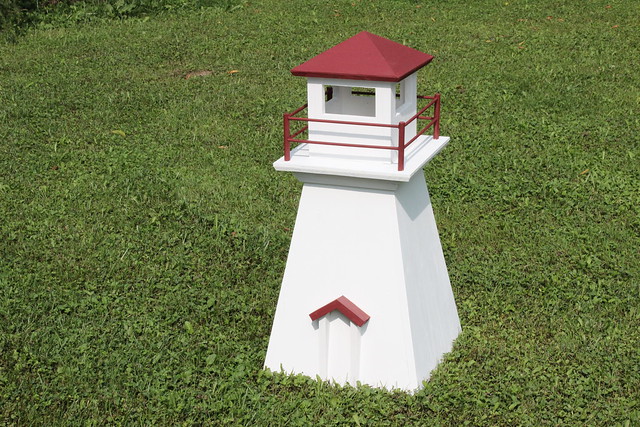 Here’s a scratch awl / ice pick / shiv, made from some local walnut, a section of copper tubing, and a bright shiny nail. 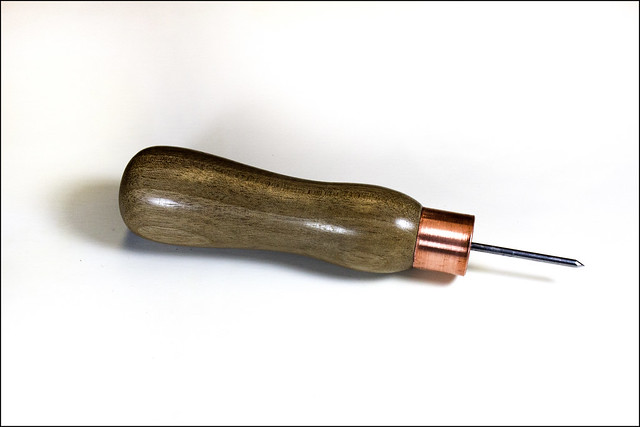 Here’s the rough idea for rebuilding the arbour of our broken dreams. 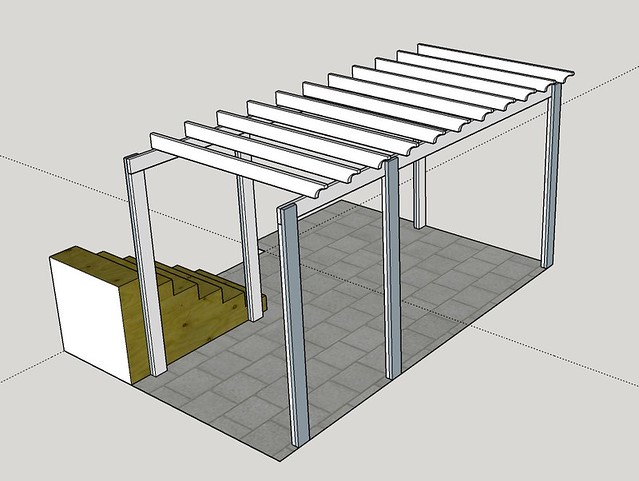 I have a bit of a love/hate relationship with Sketchup. It’s in a world of its own, interface-wise, and not entirely in a good way. My pattern seems to be as follows:

For accuracy, there should be a probably be a step 4a: Walk away in disgust, come back later when I’ve had more tea.

Anyway, this will do for my purposes. I can estimate the number of 2×6’s to buy, and have a good visual in mind when knocking this thing together. There will be bracing and blocking involved that’s not shown here, and the shaped ends of the rafters (if that’s what we call them) will either be more elegant than shown, or else just a straight taper as I did previously. It’s a decent looking wood, but I did have some issues with it being a bit tear-out prone. In fact there are a couple of spots I just couldn’t get perfectly smooth, despite a brand new carbide blade and lots of sanding. Not sure I should blame the wood, but I will anyway, at least rhetorically. I am happy with the overall shape. Once again, I could have gone a bit thinner in the walls, but I’m sneaking up on that goal, one bowl at a time.

I’ve been making a couple of small trays for holding salt and pepper mills (for example). I made a prototype in pine, which went pretty well. Then I made one in walnut with my trademark racing stripes, and it went well also. So midway through the third one, I decided to pause and take a photograph of the work in progress, showing the process of removing the central material with the dado blades.

The idea is that after I get the 15-degree bevels on all four sides cut, defining the outer shape, I can then start defining the “inside” shape. What I decided to do to make that easier was to slice off a quarter inch strip from each side of the solid piece, allowing the inside material to then be removed as shown in the photo.

One small problem: right around the time I was taking the photo, I got that sinking feeling that I’d overlooked something critical. It seems that I only sliced off ONE of the two sides. Oops.

I could cut and shape another piece of walnut, but the odds of it being a perfect match are slim to none. That’s why you slice it off the sides in the first place, so when you glue it back together it looks like one piece again.

So I decided if I can’t anticipate a perfect match, I will just celebrate the mismatch and make the sides out of a contrasting material. Since maple was already featured, and I had a hunk of maple sitting right there, from which I had prepared the racing stripes, that’s what I went with.  Stay tuned, but as it sits waiting for the glue to set, it looks not bad.

But anything can happen. I won’t get cocky.

Finally finished finishing the finish on this small table for the front hall entry area of the house. The table is made of walnut with maple racing stripes for speed and agility. Standard mortise and tenon joinery was used. The finish is about 4-6 coats of Minwax Wipe-On Poly (more on the top). The shape of the top is kind of a modified octagon. Octagons are a bit of a theme around here: there’s a small octagonal window above the front door, the front garden bed is octagonal. There’s even an octagonal planter (or small umbrella stand) pictured on the floor there in the corner. I’ve been dawdling over this one all summer, nice to see it finally done. A small table for the front hall, this has not yet had any finish applied, and the top is not yet attached, but otherwise it’s done! Finally. I’ve been dithering over this one, both design and execution, for many weeks. This is its last stop in the shop before coming inside for final cleanup and finishing. Lynda suggested the stripes would look better at the front, an idea I’m warming to. Don’t have to make that decision until I attach the top, though, which will be the very last thing. I do think the legs at the back in this view look a bit better facing forward. I made this small box (about 4.5 inches) from padauk and holly. The circle pattern was done on the lathe, then I spray-painted the whole lid. When it dried I scraped off the paint that wasn’t safely down in the circle grooves. Some paint stayed in the small pores of the wood as well, but that looked cool to my eye, so I went along with it.