I’d been toying with the idea of trying an end grain cutting board for quite some time. Years, in fact – since before I started making any cutting boards at all. My first inquiries online brought me quickly to this article on The Wood Whisperer website, “How to Make a Butcher Block End Grain Cutting Board” containing what has come to be called, since its first appearance in 2006, “the video that launched a thousand cutting boards”.

What held me back for so long was my concern about how to thickness the cutting board. The preferred method seemed to be to use a drum sander (thickness sander), which I do not have, and do not have room for. The less problematic edge grain cutting boards I went on to build (like these or like these) were fine to run through the planer, but end grain boards and thickness planers are not a good mix (see this cautionary article and pretty convincing anecdotal evidence).

So of the alternative approaches I could take, including hand planes and router jigs, I opted for a belt sander. (Reasonable cash outlay, and something I should probably have around for general use anyway). Next up was figuring out a design. Turns out there are a couple of ways to go about constructing an end grain board, but for the approach taken in Marc’s video, there’s a very cool cutting board designer called, er, Cutting Board Designer (or CBdesigner) that I found excellent for planning my build. 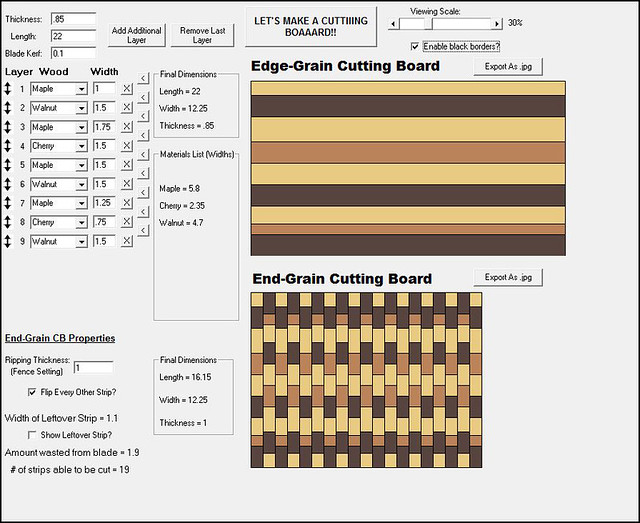 You can export or print your design in PDF format, giving something like the above screenshot to take into the shop. And you can export the final design itself as a JPG, to admire its wonderfulness before proceeding, as seen below. 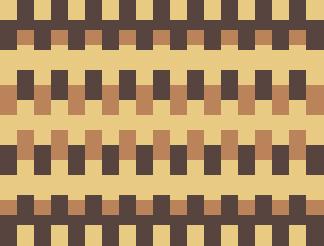 The match between expectations and final product, design-wise, was pretty impressive. It looked almost exactly as it was meant to in that regard. 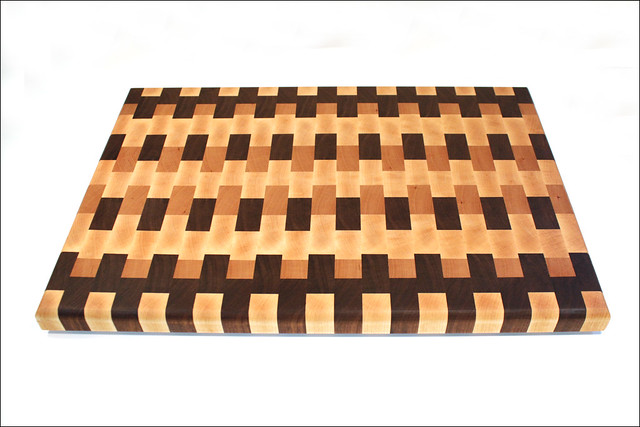 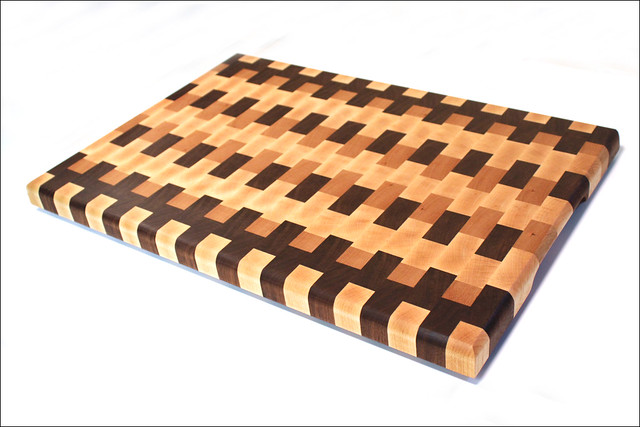 Unfortunately, my belt sander technique still needs some work, and some over-zealous and in places uneven sanding resulted in a board that photographs well from one side, but which is not quite up to my not unreasonable standards for release into the wild. We’ll give it a good home though.

So not bad for a first effort, but I need to try try again…